On Saturday March 13, the JETAA-UK Annual General Meeting was held to discuss chapter activities, UK committee business and carry out the annual executive elections. It was the first time it was held online, with more than 30 people attending and lively discussions taking place over the three hours.

In the first section of the meeting, each chapter reported on activities such as events held this year, and all chapters despite coronavirus have been active with online social events and activities. After agreeing last year to join forces, it was also agreed to again partner on fundraising with the charity Ashinaga in 2021, which provides support for Japanese and African orphans studying in England and Ireland.  In 2020 JETAA UK chapters raised nearly £2000 for Ashinaga.

Some of the activities discussed included using the ‘TeleParty’ tool that allows participants to watch the same film online as a group, and ‘Gather.town’ in which participants can interact freely while moving around virtual cafes, gardens and the like as avatars like characters in a game. JETAA also discussed online conference activities using other platforms so future exchanges will be more user friendly.

A review was also held on the career fair held by the Japan Local Government Centre, London in October last year. The detailed interactions of participants, such as the number of meetings and the number of page views, broken down in detail after holding the event online online, were explained, and it was discussed that many participants actively participated.

In addition, the JETAA International country representatives reported on overseas chapter activity, and during breaks, quiz competitions and an Instagram account name contest for a new project by JLGC were also held with saké and washoku prizes.

At the end of the meeting, a vote was held to decide the officers, and Rob Gorton will continue to serve as chairman. During the meeting JLGC (CLAIR London) also stated it will continue to support activities for former JET Programme participants through the support of JETAA and organising the careers fair with them.

This year’s committee roles and elected officers are as follows:

The full minutes from the AGM will be posted here within the next few weeks.  For more details email chair@jetaa.org.uk 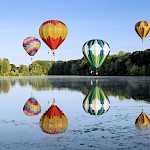 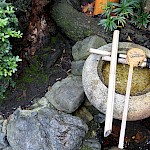 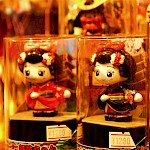