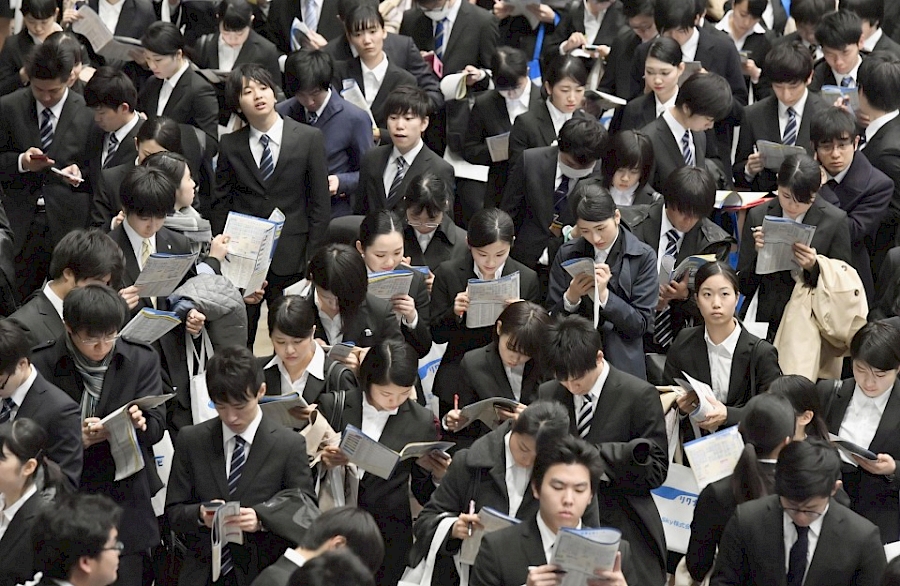 Interviewing at Japanese companies: what you need to know

It’s now very likely that during your working life you will interview at a company or organisation from outside your home country, or be interviewed by someone of a different nationality: indeed, anyone who’s participated on the JET Programme has already experienced this at least once.

Earlier this year an episode of BBC World Service’s The Why Factor explored the notorious flaws of traditional interviews for selecting the best candidates, and highlighted that cultural differences almost certainly exaggerate these flaws. American academic Erin Meyer wrote The Culture Map, a pioneering work dedicated to analysing and managing cultural differences in the workplace. In the programme Meyer comments:

“The way we are taught to think actually differs from one country to another and that impacts the type of interview questions we would ask.”

On the question of ‘selling yourself’ – in contrast to how Americans and British people are encouraged to go about this – Meyer relates, from experience working with American companies in Japan:

“In Japan the culture is set up so people should not brag. People know what your strengths are so there’s really no need to tell them, and if someone is telling you how great they are it’s really a sign of immaturity.

“This is where we have to be very careful when we are assessing international candidates’ effectiveness. Because, of course, we use our own cultural lens to determine whether someone seems like they would be a good colleague or seems intelligent, when actually it’s critical that we rely on people from that culture to help us understand who will be effective.”

Aside from its interest as a topic, this sets up a potential minefield for anyone interviewing at international companies and particularly Japanese companies. Interviews are nerve-wracking enough without trying to second guess the whole process. So how can you avoid any pitfalls?

Louis Clark, a Recruitment Consultant at specialist JAC Recruitment, has words of reassurance. Companies may already be heeding Meyer’s advice:

“Surprisingly, a lot of first interviews in Japanese companies are conducted by HR who normally aren’t Japanese nationals, so the interview will be predominantly in English. Interviews are typically two stages – one with HR and one with your future manager – and are never group interviews.”

When it does come to jobs requiring Japanese language skills, Clarks says that realism about your own ability is essential:

“It’s important to be honest with your Japanese level upon application. Don’t apply for a fluent Japanese requirement role if you are only comfortable with daily conversation.”

Sarah Parsons runs Japan In Perspective, a consultancy which helps to improve business communication between the UK and Japan (she is also Chair of JETAA UK). She uses the Culture Map when doing training with companies “to explain how culture can affect real-life business interactions and make or break business success when working cross-culturally.”

Parsons echoes Meyer’s comment about ‘selling yourself’ to Japanese companies, as well as Clark’s about being honest about your Japanese:

“The Japanese still struggle with the western task-based [approach] and individualistic tendency to self-promote. If you are going for an interview for a traditional Japanese company with Japanese interviewers, my advice would be to be aware of this dimension.

“Don’t oversell your abilities to such an extent it comes across as fake – completely fluent Japanese is an example, hardly anyone I know has this including writing and reading – and don’t be afraid to demonstrate a more relationship-based approach.”

When interview time comes, Clark explains how your Japanese might be assessed:

“If you have expressed you can speak any level of Japanese, the Japanese-speaking interviewer will first ask you to do a self-introduction. Based on how fluently you do the self-introduction, follow up questions will be asked. Even if the role doesn’t require Japanese language, if you have expressed in your CV that you can do it, this is just a common way to check what level you’re at.”

No matter how good your Japanese is, your first interview involving Japanese will understandably provoke nerves. Clark adds: “A great asset when using a Japanese specialist recruitment agency is not to be afraid to ask for Japanese interview practice."

Clark also emphasises that companies probably have quite pragmatic expectations. As long as you are frank about your own level, anything can be a bonus:

“Even if you haven’t don’t the JLPT, let companies know what kind of level you are at in terms of your study during the application stage. The vast majority of Japanese companies are not always seeking native-level Japanese speakers, especially overseas!”

In terms of preparation, Clark talks about some of the things that most commonly come up:

“Make sure you can explain your previous roles and education in detail in Japanese. Other questions that come up a lot is the reason for your interest in Japan, the company and any experience you have of culture shock, as well as your strong and weak points.”

“The common pitfall I think people make is that they apply to roles as a ‘means to an end’.

“If you’re returning from JET Programme, of course you are kicking off your career and a good employer will understand that. However, you have to express passion for the actual position you are applying for and not just the company. Companies want to know you will be happy doing the job you’re applying for – opportunities for progression can be discussed at a later stage.”

For things you might be worrying about beyond language and questions, Clark also has a few practical tips worth considering:

Of course, it's helpful to remember that you won't get an interview in the first place if the company doesn't think you can do the job. So don't worry too much about the minutiae. But diligent preparation, including paying attention to where expectations might differ, will put you in the best position once you do land an interview. If you are at all unsure, drawing on the advice of a recruiter or someone already working in the field can't hurt.