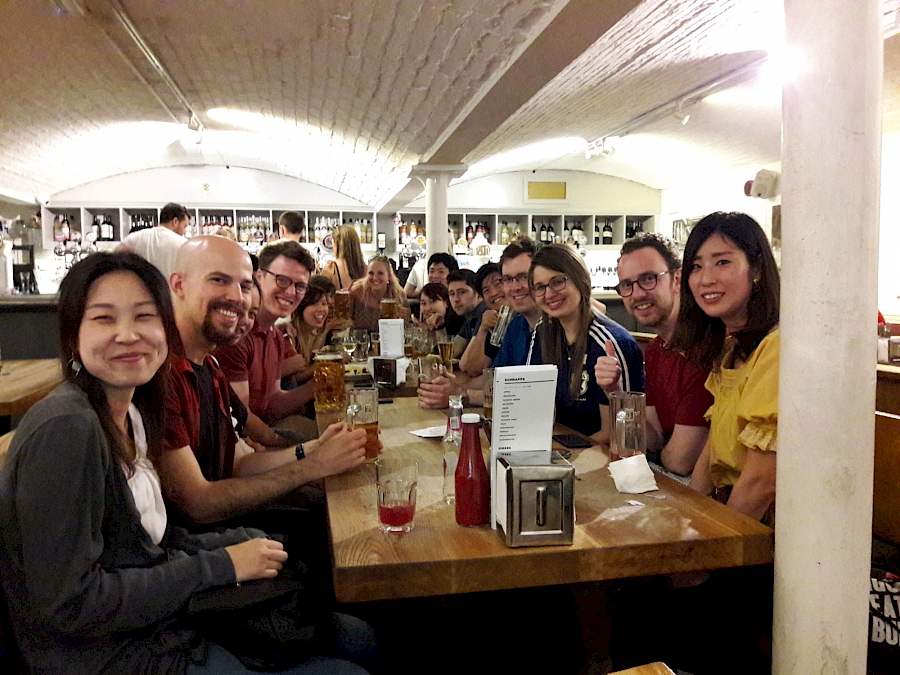 On a scorching Sunday 24 June JETAA London met at Katzenjammers Bierkeller near London Bridge for a thrilling fun-filled afternoon of football.

There were two second group matches: England v Panama and Japan v Senegal. Both teams could seal their progress into the knockout stage with wins, so all was to play for.

A rowdy atmosphere with well-mannered football chants created an authentic ‘match day’ atmosphere. Add that to the large steins of beer and German sausage dishes and the venue was well set for a football feast.

It was England that supplied the entertainment first with an outrageously unexpected 6-1 victory: the highest number of goals the country has ever scored at a World Cup. Striker Harry Kane chipped-in by scoring a hattrick that eventually went halfway to him winning the tournament’s Gold Boot (top scorer award) with 6 goals. The defeat of Panama confirmed England’s progress to the last 16. Vocal celebrations flowed out onto street and brought traffic to a halt around London Bridge.

Next up was Japan in a match that also excited. The Blue Samurai came from behind twice through goals from Inui and Honda to earn a credible, and well-earned, 2-2 draw against a strong Senegal side. The result kept their hopes of reaching the last 16 alive.

It was a fun afternoon for all. Thank you to all those who came, and for anyone who missed out, JETAA London hope you can make the next event. 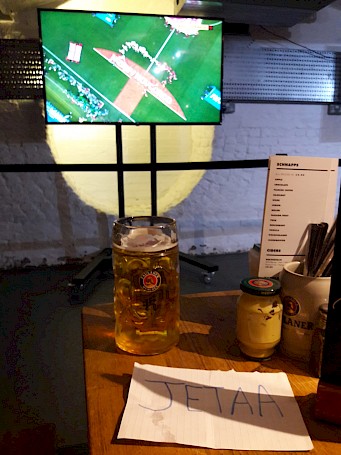 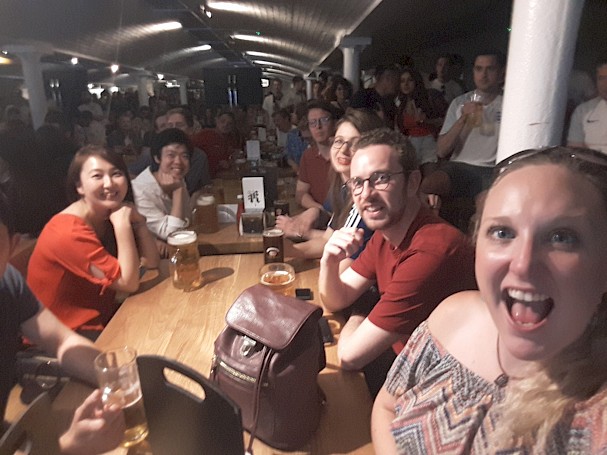