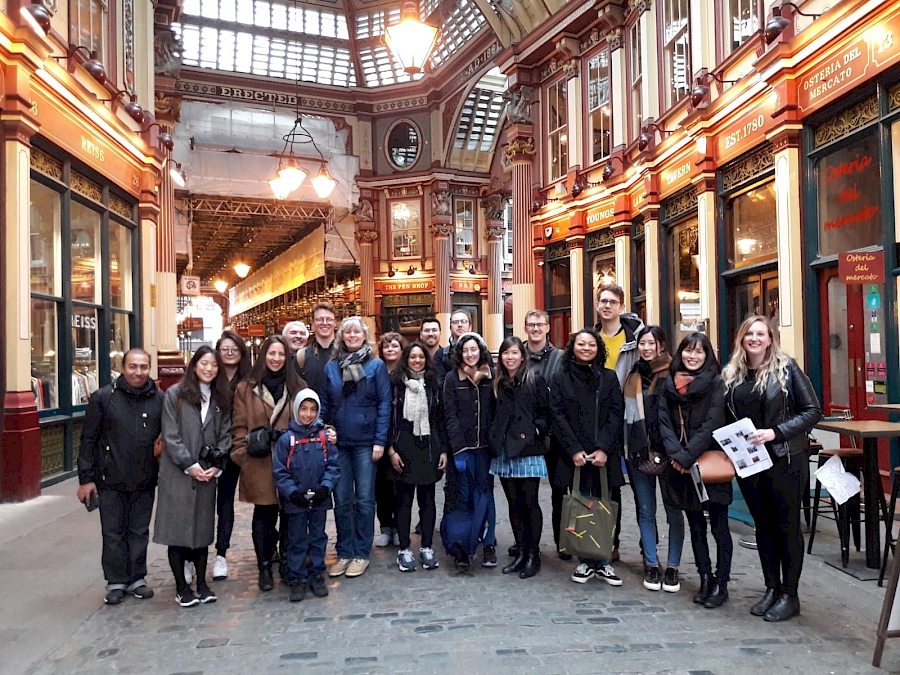 Walking tour of iconic film locations in the City of London

On Saturday 6 April the JETAA London Chapter held a tour around the square mile of the City of London which showcased filming locations from films such as Great Expectations, Children of Men, Harry Potter, The Da Vinci Code, James Bond, The Bourne Ultimatum – and many more!

The group of around 20 met up on the iconic pedestrian bridge of Millennium Bridge, in front of the spectacular St Paul’s Cathedral, for the first film location: Bridget Jones’ Diary. We spent the afternoon meandering around the city from Fleet Street to Leadenhall Market, and after a short stop-off at a watering hole (a.k.a pub) on route, we continued on through the grand buildings of Bank.

It was a great opportunity to enjoy the City away from the bustle of the weekdays and explore its unseen corners to give an insight into a city we all know and love. Seeing these hidden quirks makes me love London just a little more!

Thank you so much to everyone who came and made it such an enjoyable afternoon.

It was lovely seeing familiar faces and also welcoming new friends to the group! I hope to see you all at another event soon! 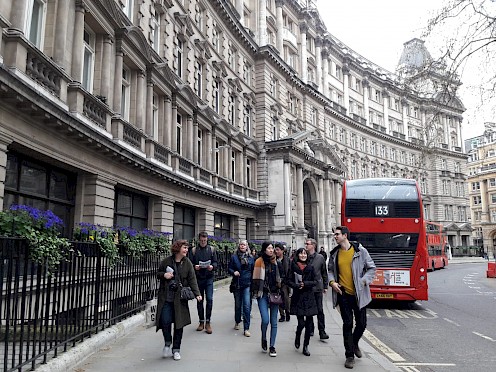