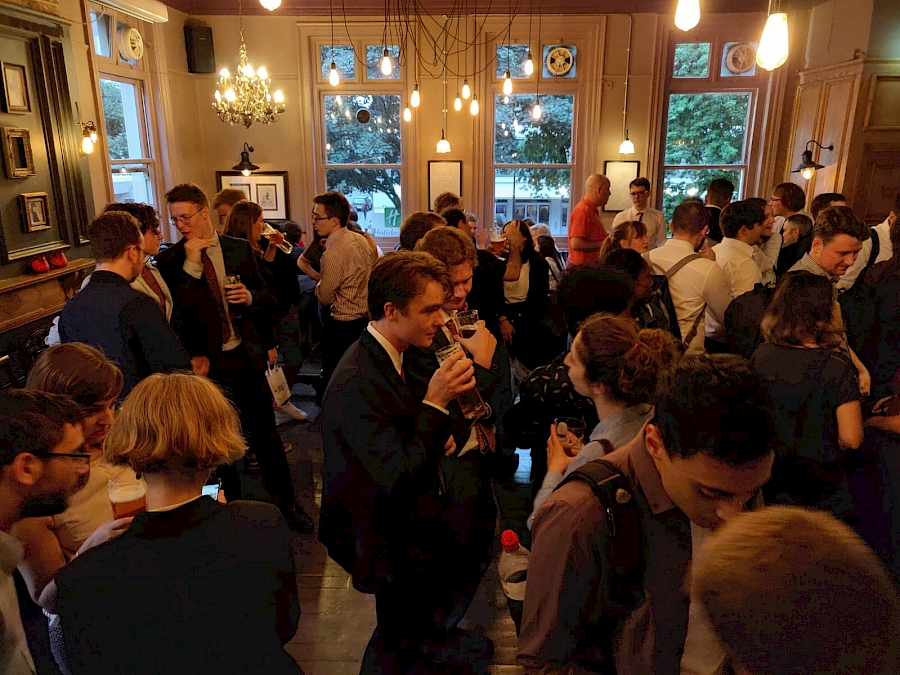 On Friday 19 July, outgoing JETs, JET alumni and invited guests packed the Paul Webley Wing in SOAS’s senate building to celebrate the imminent departure of this year’s JET participants to Japan. More than 300 people attended the event which opened with speeches from the Ambassador, Matthew Billin representing the outgoing JETs, and Rob Gorton representing JETAA. This year has seen a big increase in the number of JETs departing from the UK – at more than 200 it’s the highest number since the early days of the JET Programme.

The Ambassador stressed the Programme’s key role in promoting international relations, in particular the special relationship between the UK in Japan during the Season of Culture. Matthew spoke movingly about his excitement about going to Japan and his sense of purpose in moving into a role for which he clearly has great enthusiasm. Yoshiyuki Kurono, Director General of Japan Local Government Centre led the Kanpai following a surprising anecdote about British pubs – worth asking him about if you weren’t there…

The ambassador took the opportunity to present former JETAA UK Chair Sarah Parson with a commendation – and a brooch symbolising the lasting relationship between Japan and the UK which he was particularly keen to explain that he’d designed himself!

Following the speeches – and the chance to network while enjoying sushi and sake – the new JET participants went to a nearby pub for an informal Q&A session organised by JETAA London chapter. It was a great opportunity for departing JETs to ask questions of JETAA “senpai” members – huge thanks to all of those who participated. If you were there, I hope you’d agree that the sense of excitement and enthusiasm was infectious!

Good luck to all those departing JETs – hopefully they will come back and take part enthusiastically in JETAA UK following their adventures in Japan.