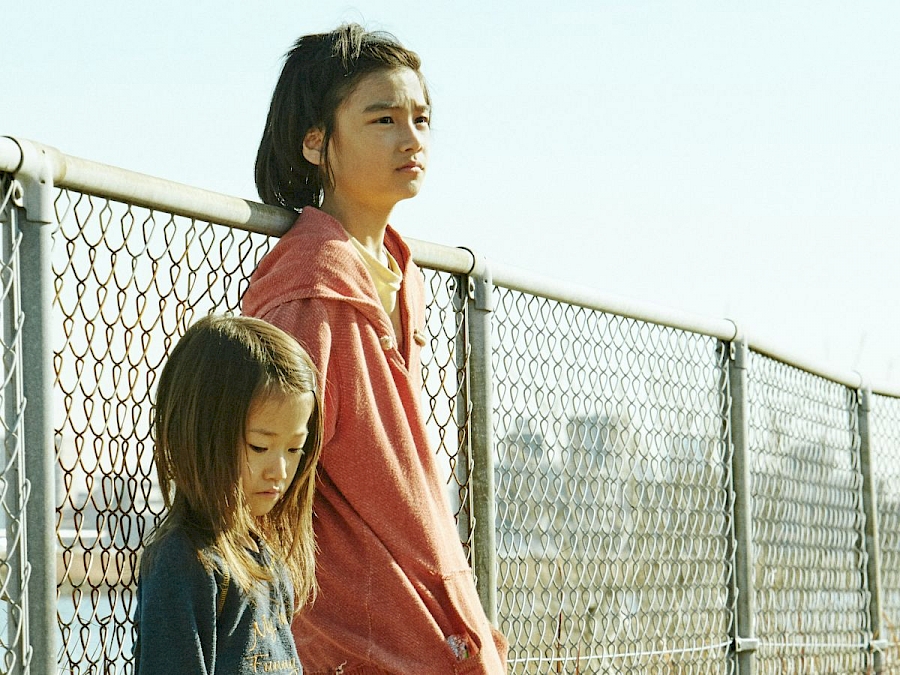 Hirokazu Kore-eda’s Shoplifters (Manbiki Kazoku) depicts an underside of Japan that few foreigners see or think about and, in my experience anyway, few Japanese people discuss in public. While Kore-eda is well-established as a director of perceptive films about contemporary family life, this was nonetheless a surprise winner of the Palme d’Or at Cannes in 2018, a world away from last year’s choice, art world satire The Square.

A grandmother, husband and wife, teenage girl and young boy subsist in a dingy two-room apartment through a mixture of insecure work, meagre pension money, a very specific form of charity, guile and theft. As if the title wasn’t clear enough, in the opening scene the husband, Osamu, distracts supermarket staff while the little boy, Shota, pilfers a shopping list’s worth of groceries. Bringing the banality of this event into focus, they get home and Shota is annoyed with himself for forgetting to steal shampoo.

Quickly the family of five becomes six. Osamu and Shota discover a little girl, Yuri, freezing on the street and take her home. The constructed nature of this family emerges. Seeing signs of child abuse, they can’t quite bring themselves to take Yuri back. Osamu encourages Shota to think of her as his sister, and longs to be thought of as the boy’s father. It has already become clear that teenager Aki, who works at a hostess club, thrusting metronomically towards a one-way mirror, is not the child of Osamu and his wife, Nobuyo. She’s probably not matriarch Hatsue’s granddaughter either, despite their close relationship, honest enough for Aki to discuss her favourite clients with the frail woman.

When Yuri’s disappearance is reported on the news, it is as if another layer of precariousness has been added to the situation. Yuri is renamed Rin and given a new haircut. Meanwhile Shota has started to indoctrinate her into their ways of stealing; she tries to copy his ritualistic hand signals before the act.

But for all this is an almost Dickensian parody of a nuclear family, love is readily given in the small space they inhabit. Sharing and taking pleasure in food is constant, even if, for example, Shota sleeps in what resembles a cabinet and clearly longs to go to school. There is a beautiful – so ordinarily so – trip to the seaside. This may be a ‘family’ brought together by a kind of mutual necessity rather than traditional ties, but what more ties them together is central to Kore-eda’s keenly observed film.

Kore-eda shows us the depths and strange fullness of these relationships, saturated, almost soaked as Shota and Rin are to the skin when they surprise Nobuyo and Osamu in an extraordinary scene. Conversely, not long before, Osamu and Aki can lie down a few metres apart and almost playfully discuss what really connects them to each other.

The performances of all the actors in this film are fantastic, sometimes larger than life but not garish. But particularly the children's performances are extraordinary, often almost shockingly restrained. So much of this film takes place at child height, including the many scenes of the family at home, and I think this is part of why its perspective feels so fresh: for a western audience anyway, we’re literally looking at things from another angle.

The social backdrop of all this is the gig economy: when Osamu breaks his ankle at his construction job, he won’t get compensation. There are not enough shifts at the laundry where Nobuyo works. The solidarity between the women – exchanging smiles as one pockets a forgotten watch – lasts exactly as long as there are enough jobs for everyone. Even sticking together is a luxury which gives way to every woman for herself for the truly dispossessed.

Narrative developments, even twists, come at a deceptive pace, a strange normality reasserting itself as this motley family shrugs off each one. But we know it can’t go on indefinitely and sure enough the sea changes start to come.

As the fabric of the situation is strained at the film certainly asks what a family is, but also what the role of the state – and any of us – is in protecting vulnerable people. Shoplifters runs its finger along questions about our human obligations and ties to others which go beyond the obvious question of whether stealing might be wrong, which plagues one character in particular, and also come back to it.