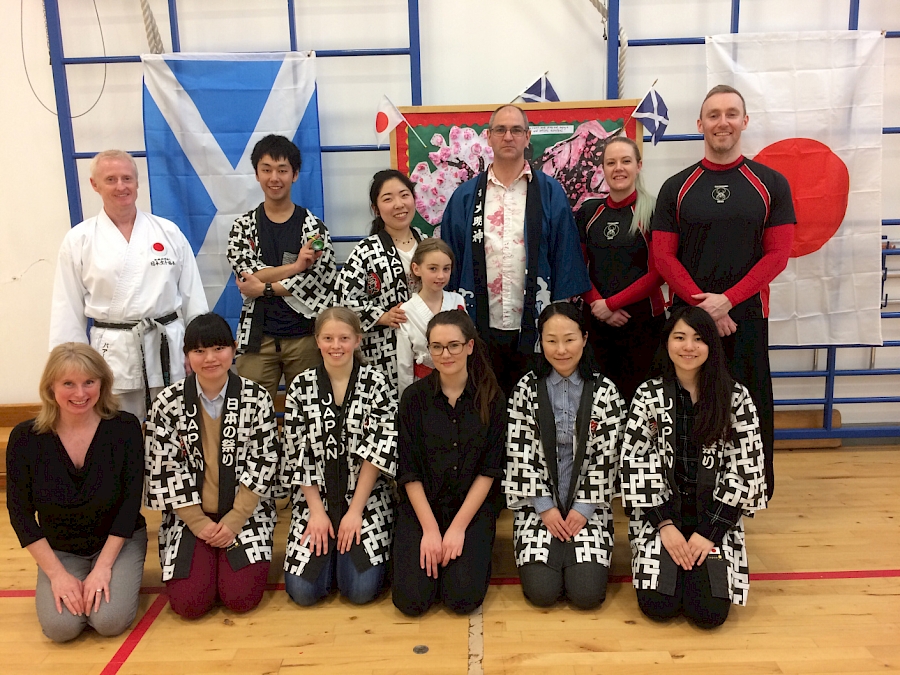 JETAA Scotland: Fuji Fest and beyond

The JETAA Scotland Chapter has been seriously busy since spring, organising several events promoting Japanese culture and intercultural interaction, with the support of JETAA, Japan Society of Scotland, Japan Society UK and The Sasakawa Foundation and supported by the Japanese Consulate in Edinburgh. 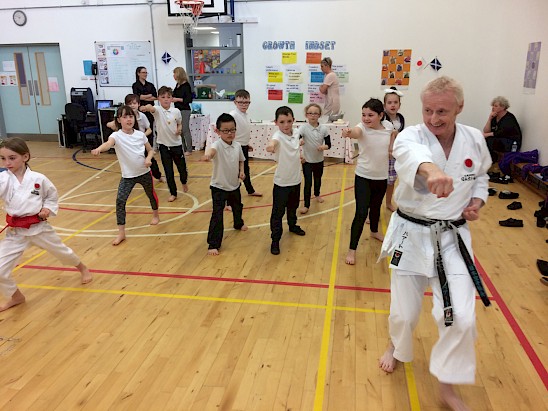 First up, Fuji Fest was held at Castleview Primary School in Edinburgh on 19 April. Castleview is an inspiring school in Craigmillar, an area which has a distinctive character despite being an area of multiple deprivation. JETAA Scotland worked with educational consultant Jen McKay who did a super job on the event. 200 students enjoyed making and eating sushi, origami, taiko drumming, karate, robotics, playing with traditional Japanese toys like kendama and Japanese lessons. It was a great day with volunteers from Edinburgh University Japan Society and JETAA, and huge support from the Consulate of Japan in Edinburgh helping to make the event a resounding success. 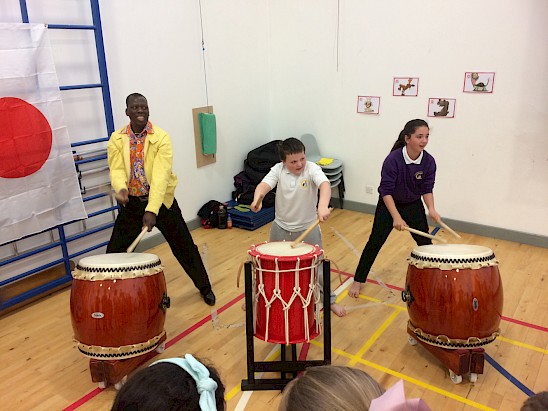 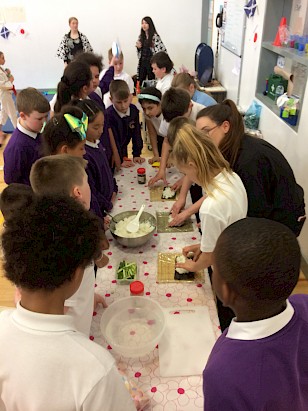 JETAA Scotland taught Karate at The Royal Blind School in Edinburgh with the Japan Karate Association on 1 June, which JETAA Scotland Chair, James Gamgee, described as "one of the best volunteering experience I have ever had". Again, this was achieved with help from educational consultant Jen McKay. 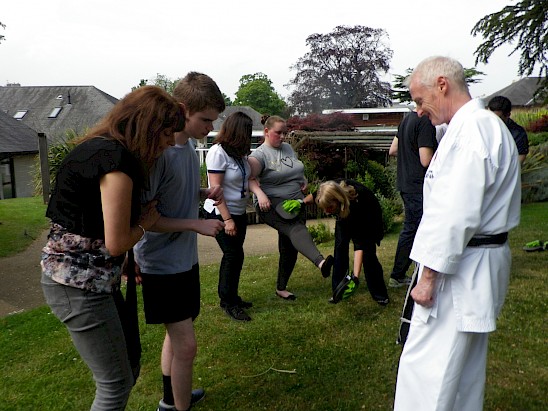 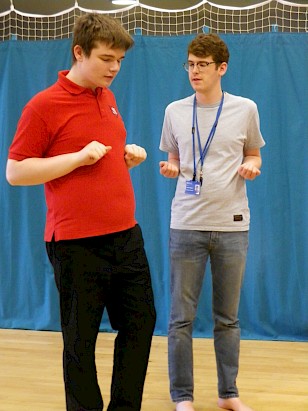 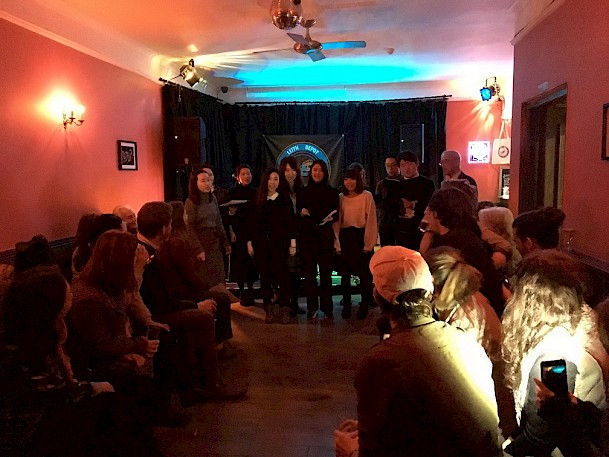 JETAA Scotland enjoyed hosting students and professors from the Kunitachi Music School in Tokyo at two events in March (with thanks going to JET alumni Jessica Brown for making introductions). Firstly, a formal reception with the Lord Provost of Edinburgh and the Consul General of Japan in Edinburgh at the Lord Provost’s chambers (thanks to Counsellor and JET alumni Amy McNeese-Meechan for making this possible). Secondly, dinner, drinks and a musical exchange at the Leith Depot music venue, where we brought together equal numbers of Kunitachi students and Edinburgh Music College students, with language facilitation by JETAA and Japan Society of Scotland members. Everybody took it in turn to perform. JETAA and consular staff played J-pop on guitars and sang for the audience. 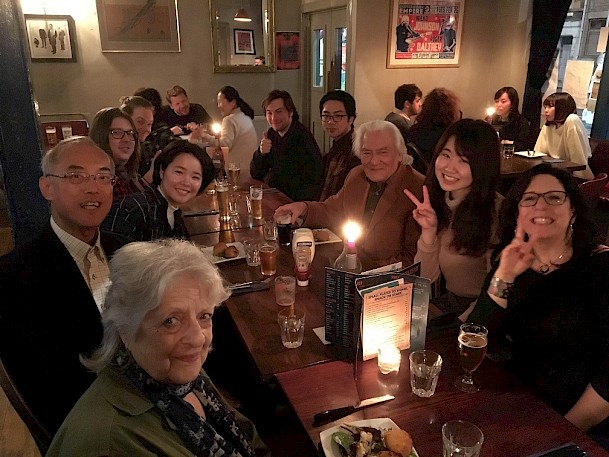 JETAA Scotland gives huge thanks again to all of the supporters, organisers, volunteers and participants at these events (as well as to JETAA member Michael Bauld who was treasurer for all the above).