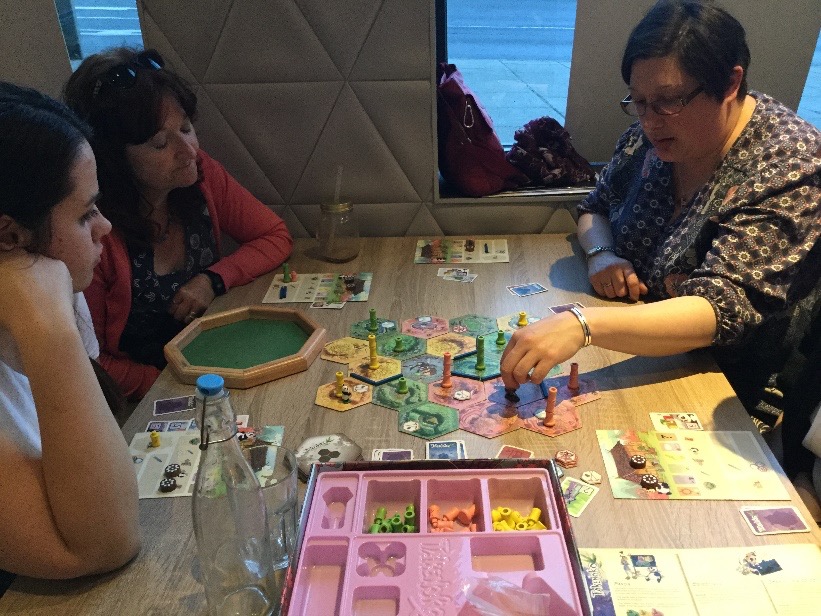 A new board game event for JETAA

On 22 May the first JETAA Midlands Japanese-Themed Board Gaming Social took place at Ludorati in Nottingham.

It was conceived as a joint event including both JETAA Midlands and students of the Japanese Society from Nottingham University to promote participation in the JET Programme. The idea was to create an informal atmosphere where the participants could mix, play some games and the students would also be able to ask about what it’s actually like to participate in the programme.

A place to play

Ludorati is a fantastic, modern board gaming café in the centre of Nottingham that has a library of over 800 games for customers to play. A special selection of these were recommended to the group, including games called Hanabi, Takenoko and Machi Koro, to add a strong Japanese theme to the whole evening.

For those who had never played anything beyond Monopoly it was an eye-opening introduction to a whole new world of games. Luckily, help was on hand teach people how to play and get everybody involved.

JETAA members were also joined by some of the regular gamers from the café who had an interest in Japan and it proved a great chance for a two-way exchange of knowledge as the regulars showed off the games and JETs provided some Japanese context. Soon everybody was having fun and playing some great games. 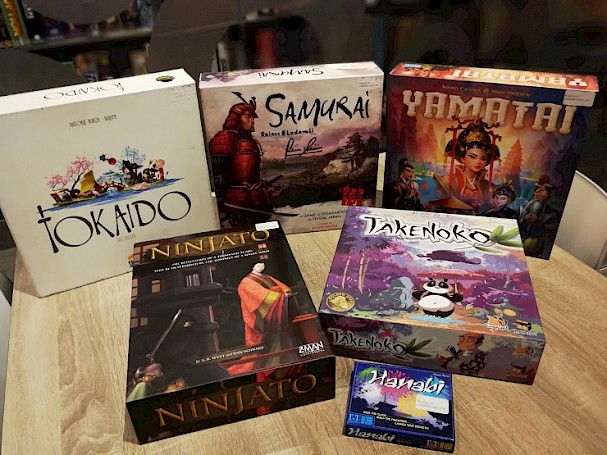 "During my time in Shiga Prefecture as an ALT I frequently used games in my classes to help teach my students and I also organised board gaming socials for the JETs in my block. For me, board games and the JET experience became inextricably linked."

"So, when I got into a conversation with Rob Gorton about Midlands JETAA events and promoting the JET Programme, it looked like a perfect chance to combine two of my biggest passions again – board games and Japan."

Acting as the main representative of the Japanese Society students, Akiharu Kitagawa, came armed with a selection of questions about the JET Programme which Rob Gorton did a fantastic job of fielding. Hopefully, this will have inspired some of the students to join the program and proudly represent the UK on the JET Programme in the coming years.

Following strong feedback from this first Board Games Social there are already plans to run more events with Ludorati in the future. Akiharu also expressed a strong interest in linking in the Japanese society again as well. 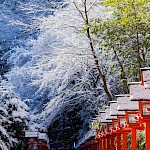