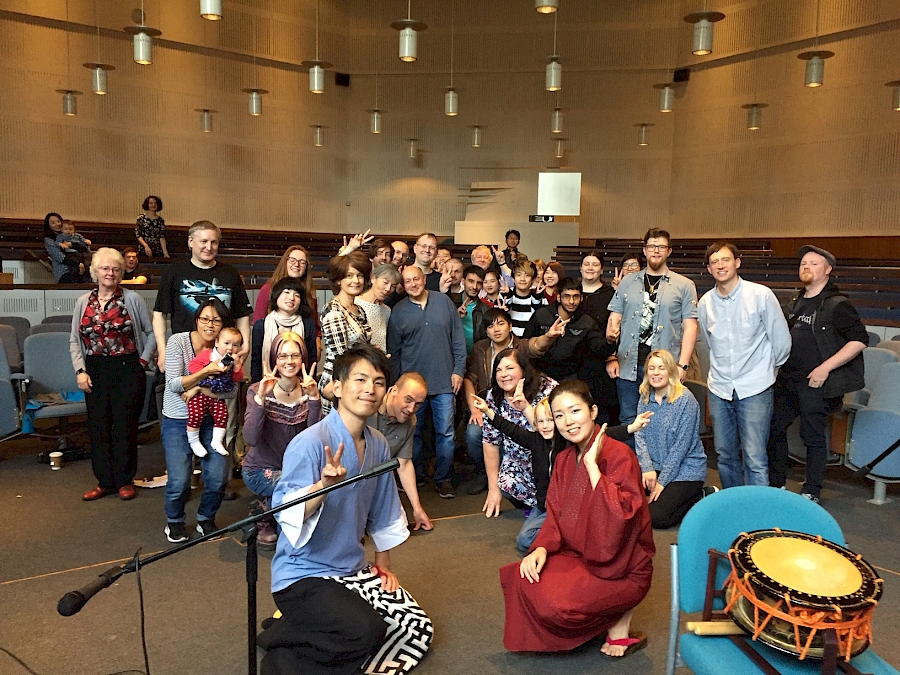 Hibiki is the UK’s only professional Tsugaru Shamisen player. Currently, Hibiki teaches Shamisen to more than 20 students and he has performed across the UK and in Berlin. Additionally, he played shamisen for the soundtrack of the BAFTA-winning animated film Kubo and the Two Strings.

Akari Mochizuki is the only Japanese Blues (enka) singer in the UK. She started singing enka as a young child and became a professional in 2009. She has since performed at many events such as WOMAD 2010, HYPER JAPAN, and Japan Matsuri 2009, 2010 and 2012.

Hibiki and Akari played a wide range of music: from folk standards to contemporary compositions written by Hibiki himself, such as the exciting and funky Chemical Elements. A personal highlight was the Tsugaru Jongara Bushi, a traditional song from Aomori. The lyrics speak of the pride of local musicians. The introduction and interludes are improvised, so no two performances are the same. I’ve heard Hibiki perform this song a number of times and each time has been fresh and inspiring. Akari taught us some of the parts of the songs and we joined in. We learnt some new Japanese phrases too, such as part of the Soran Bushi (one of the most famous Japanese folk songs) where we had to shout “Dokkoisho!” a shout of encouragement to the fishermen.

As part of the event, members of the audience were given the opportunity to try their hand at playing the Tsugaru Shamisen.  Originating in Aomori, in North-Eastern Japan, Tsugaru Shamisen is the largest size shamisen, which has a deep, rich and percussive sound. As I found out, it is really tricky to play. There are no frets and the bachi (large plectrum) is difficult to hold. One of the audience members who played guitar was a natural though!

The event was educational as well as entertaining. Akari took us through the story surrounding the development of the Tsugaru Shamisen. The Shamisen came to Japan from China via the Okinawan Islands. There a smaller Shamisen (called the sanshin) is played in Okinawa, where the weather is warm all year around. In Aoimori, the winters are harsh. Itinerant players travelled from house to house and the bigger the instrument, the better the sound travelled through the dark, snowy night; advertising that the players were in town.

Akari and Hibiki perform across the UK and the world as a duo, solo and as part of the SOAS Minyou group. Recently, Hibiki even played a concert in Iran! They played separately at Doki Doki festival in Manchester on November 10th where JETAA also had a stall to promote our activities. Please do check out their Facebook pages and websites so you can catch them performing near you. The website addresses are here: https://www.hibikishamisen.com/  http://www.akarisinger.com/ They are fantastic performers and excellent ambassadors for traditional and contemporary Japanese music.

Many thanks to all who came to this fantastic event. 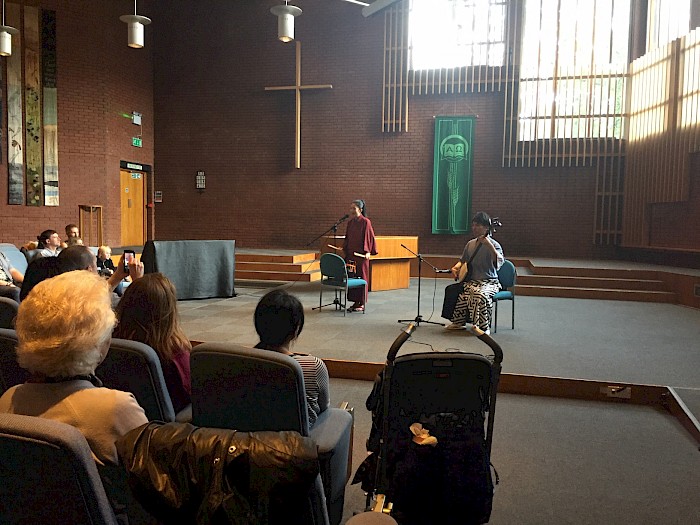 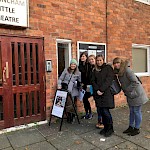