Make your own Tsuyu for Somen

This Summer has been intense, to say the least. Whilst not many of us have been able to go abroad, it sure seems like we've been experiencing weather meant for some tropical country.

Japan has horrifically hot summers, it's the thing I miss the least, but that does mean that Japanese cuisine included a lot of heat beating dishes perfect for those days where you're too hot to use the oven.

One such cold dish is somen.

Sōmen are very thin, white noodles that can be found in most Asian supermarkets or import shops. You can also order them online from a range of different websites.

They will need to be boiled for about 4 minutes until they are soft, but after that, they are drained should be left to cool. Some even serve the noodles with ice.

Cold somen is usually served with a dipping sauce called tsuyu. This can be bought online or at import shops as well, or it can be made from scratch fairly easily.

To make your own tsuyu you need

and 1 cup of Bonito flakes

First, bring the sake to a boil, then add the mirin.

Once it is boiling again, add the soy sauce, kombu and bonito flakes.

Bring it all to a boil, then simmer for 5 minutes.

After that, take it off the heat and let it cool before sieving out the remaining bonito.

The sauce lasts for quite a while, so when the sun is getting you down it's an easy meal that takes almost no prep.

You can have it cold with your noodles and some thinly sliced vegetables of your choice. 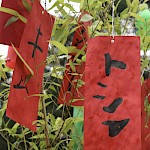 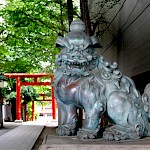 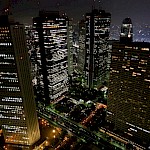 Japanese-speaking Clerk in Back Office (SWIFT[...]